Closing out the ’22 Lucas Oil Season

If you remember my last entry in this space, I wrote it leading up to the trio of events at Worldwide Technology Raceway that would close my season and determine whether or not I could accumulate enough points to achieve a second consecutive world championship. As I follow up today, I know that I will not. While I improved my score in St. Louis and left that stretch with the lead, the following weekend Phil Unruh drove his Camaro to victory at the NHRA Texas Fall Nationals, which catapulted him past me in the standings. While I don’t know exactly where I’ll end up just yet, I do know that 2nd place is the best I can hope for!

Like the other 700+ Super Gas competitors that won’t wear the number 1 in 2023, it’s easy to look back on my season and say “Woulda, coulda, shoulda” – I certainly left some winnable rounds on the table. Instead, I’ll choose to continue the theme of last month’s column and simply embrace the ride. Rather than focus on my last three national event appearances – where I couldn’t summon a single win light – I’ll choose to remember my final day of the season.

While I came into the second leg of the Division 3 Double Header at Worldwide Technology Raceway as the national points leader, the lead was precarious at best. I had lost a head-to-head battle with Phil in round 4 of the first race, allowing him to gain some more ground. He was one of a handful of qualified and capable competitors breathing down my neck. Sitting on a 600 point score that I was certain would not win the title, and needing to win the 4th round to improve a single point, I knew that my odds were long! And then things began to click…

One by one, I was able to gather win lights. In some cases, I drove great. I’ll readily admit that I got some breaks. As usual, my Moser Engineering Corvette was phenomenal. I ended up in the final round, opposite fellow title contender Bob Locke. There, my luck ran out: something gave way in my normally dependable car, and it slowed significantly, ending my day (and season). In fairness, Bob made a solid run: if my car is right, there’s no guarantee that the outcome would have been any different. The runner-up finish vaulted me to 633 points, a total that would ultimately be overtaken by Phil Unruh a week later.

While my title dream is no longer in reach, no one will ever take away that Sunday afternoon and evening in St. Louis. Staging for rounds that “matter” is the ultimate feeling: it’s 100% the reason why I play this game (I think it’s why we all play this game)! As I said last month, I’ve had the privilege to race in some big spots – to win (and lose) some big rounds. None of them – US Nationals final, Spring Fling Million final, points championships with complete turn-key race cars on the line – NONE of them, felt bigger than the closing rounds of that event.

My wish is that every competitor with title aspirations – regardless of the end result – could go out like that, feeling those incredible sensations at that “must win” final event. The fact that it didn’t ultimately work out doesn’t make those moments any less incredible!

While my pursuit is over for 2022, there are still many racers who will have the opportunity to feel all the feels as the season winds its way to a close. While the focus of the sport is on the countdown in the professional categories, there is still a ton of impending drama within the Lucas Oil Series. As you read this, there are two more national events, and one more Lucas Oil Series events at which sportsman racers can earn points. And at this point, none of the Lucas Oil Series titles have been decided.

With his win in Dallas, Phil takes the Super Gas points lead, and he’s in great position. He can still improve his score with deep runs at any of the three remaining events. His closest contender is Bob Locke, who recently announced that he’ll make the trip from Indiana to the west coast to chase down a potential title. If Phil is unable to improve his current score, Bob would need to add 44 points to his total to match him. To do so, he’d have to win round six in one of these final three events.  And again, Phil can improve and stretch out that score. There are a handful of other racers who still have a mathematical shot at the title, but they’d each require multiple wins in these final three weeks.

In Super Comp, Austin Williams could well become the unlikeliest Super Comp champion in recent memory. Obviously Austin, a 2-time world champion already, is a capable competitor who would be among title the favorites at the beginning of this (or any) season. From that standpoint, his run to a potential third championship is surprising. How he ended up here in 2022, however, is the stuff of legend. Austin started the 2022 season by advancing past round two just once in his first eight events. Coming into his final LODRS event of the season in Topeka, he was nowhere near the championship radar. Since, he’s posted a round record of 25-1! He followed a semi-final loss at the divisional with back-to-back-to-back national event wins in Topeka (where he’s now 7-0 in national event finals), Indy (his second win at the “Big Go,” and a pivotal 8-round score), and Dallas (his hometown national event). Suddenly, Austin has gone from title afterthought to heavy favorite.

Much like Phil Unruh, however, Austin isn’t resting easy just yet. He could, in theory, improve his score at the two remaining national events; but you can’t improve on a win (and his national event score is now perfect) – so his current 591 point total is what he’ll close the season with. Jim Glenn has the best chance to surpass that mark. Similar to Williams, Glenn is nearly pefect on the national event side of his ledger: he can improve only by scoring a victory at his final national event. At the final divisional of the season, however, Glenn is improving a round 1 loss. Assuming that he’s unable to win his final national event of the season, he would have to win round 5 at the season-ending Las Vegas LODRS event to reclaim the lead. A handful of other competitors have a shot, but would either have to win their final event, or string together multiple late wins and/or late round finishes to overtake Austin Williams.

The Super Stock points chase has been incredible, as four heavyweights have traded haymakers throughout the season. Pete D’Agnolo leads with a massive 677 point score – the highest total in any sportsman category currently – but his lead is far from safe. Reigning (and 5-time) champion Greg Stanfield and Ryan McClanahan (fresh off a clutch win in Bakersfield) are breathing down his neck. They each trail by just 30 points, and can still earn points at the remaining events. While there are several scenarios that would allow Stanfield and/or McClanahan to take the lead, the simplest for either would be to advance to round 5 at one of the remaining two national events. Slightly farther back, young Wyatt Wagner still has a realistic shot at claiming the title as well.

Joe Santangelo battling for the Stock Eliminator championship feels like an annual occurrence. The Division 1 standout leads the standings once again coming into the closing west coast events, but his 644 points aren’t likely to hold up amidst pressure from Jimmy Hidalgo, Jr., and Brad Burton. Both Hidalgo and Burton can improve their total at all three remaining events, while Santangelo could extend his lead with a strong showing at the Lucas Oil Series finale in Las Vegas. While Santangelo’s odds may not be great on paper, personal history is in his favor: his lone national championship came in one of the most dramatic season-ending rounds in history. In 2011, Santangelo came into the same Las Vegas Lucas Oil Series finale needing nothing less that a victory to overtake the massive 699 point total of Jody Lang. He did just that (ironically, defeating Hidalgo in the final round). Lang’s 699 points is still the most ever by a Lucas Oil series competitor to not win the season championship.

The Top Sportsman chase is perhaps the most intriguing of all: just last weekend the lead changed hands three different times! Lance Abbott took the lead from Vince Hoda when he qualified at the Texas Fall Nationals and staged for round one. He lost that round. Moments later, Vince won his first round matchup to regain the lead, but then fell in round two. The next day, on the strength of solid finishes in both legs of the Division 7 double header in Bakersfield, Don Meziere jumped to the head of the class. All three are separated by less than one round of competition and can still earn points at one or both of the final two Top Sportsman events on the schedule (TS is not contested at the NHRA Nevada Nationals). While one of the three is most likely to claim the championship, Ed Olpin, Cole Prejean, and others still have title hopes as well!

It’s easy for me to say that Top Dragster leader Jeremy Hancock and Comp leader Ryan Priddy seem to have the most comfortable leads heading into the final stretch, but neither title is yet secure, and I’m confident in saying that neither of those drivers will rest easy until the dust settles.

I’d be lying if I said that wasn’t a little bit envious of all the drivers mentioned above (and more) who will get the rush of staging for rounds of magnitude in the coming weeks. Regardless of the outcome, one thing is for sure: the stretch run promises to be both memorable for each of them and tons of fun for those of us watching! 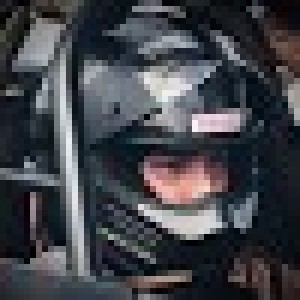